Start a Wiki
Doctor Ivo Robotnik - more commonly known as Doctor Eggman - is a brilliant yet evil scientist who serves as the main antagonist of the Sonic the Hedgehog video games and other related media. With an IQ of 300 and an affinity for inventing robots and other machines, Eggman regards himself as the greatest scientist in the world. He is determined to prove his genius to everyone by defeating his nemesis Sonic and conquering the world, establishing his own technological utopia called Eggmanland. Over the years, he has created countless robot minions such as the Badniks, the E-Series and more, as well as creating fleets of massive airships and spaceships and various doomsday devices. Despite his intellect and vast resources, Eggman's schemes are always thwarted by Sonic and his friends. The doctor also has a very childish personality and is prone to throwing temper tantrums whenever things don't go his way. But no matter how often his plans fail, no matter how humiliating the defeat, Dr. Eggman never, EVER gives up and will never stop until the Eggman Empire rules over all with him sitting on the world's throne.

Dr. Eggman/Robotnik has been re-imagined and re-designed more than any other character in the Sonic franchise. Each incarnation has his own aspects that set him apart from the others. 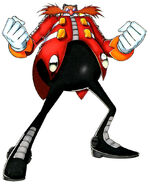 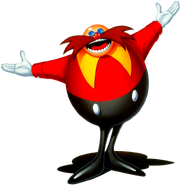 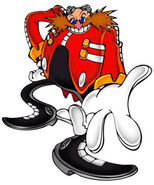 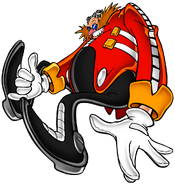 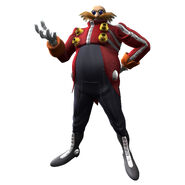 Eggman as he appears in Sonic the Hedgehog '06 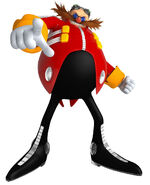 Eggman from Sonic Riders
Add a photo to this gallery
Retrieved from "https://robotsupremacy.fandom.com/wiki/Dr._Eggman?oldid=9073"
Community content is available under CC-BY-SA unless otherwise noted.